Along with Schneider Electric and the Port of Bergen, we recently hosted the opening of what is believed to be the world’s first shore power facility for offshore supply vessels.

Luciano Corbetta, Sales Director for our Ports & Maritime unit, also joined other industry experts, environmental organisations as well as local and global media for a series of seminars and in-depth case studies.

During the opening ceremony, which saw the Skandi Vega connected to the Norwegian power grid, local officials announced NOK 2.5 million in increased funding for the introduction of shore power at the port. Earlier, Inge Tangeras, CEO of the Port of Bergen, told delegates: “The future is electric.” 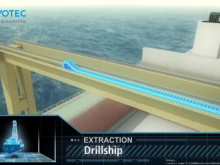 A look at how our advanced automated mooring, control, and fuelling technologies are supporting the safe, clean, and efficient operations...