The Group supplied one of its marine propulsion slip rings (MPS) to be located inside the ship on top of the Azipod unit. The MPS also enables the pod and propeller to rotate 360 degrees, which reduces or eliminates the need for assistance from tugs in port.

The propulsion system has been included in the design of a 2,000-TEU container feeder ship by Danish naval design and marine consultancy Knud E Hansen. Among the key characteristics of the vessel and its propulsion system are the reduced need for water ballast, the potential for increased slow-steaming and flexible transit speeds.

According to a news release published by Knud E. Hansen, "The high container capacity [of the vessel] in combination with the fine hull lines and very efficient propulsion system gives the vessel a fuel economy 15-25% better per TEU than typical feeder vessels of similar size."

Cavotec has supplied MPS since the early Nineties when ABB Marine and Kvaerner Masa Yard of Finland approached the Group for a R&D study into power, data and hydraulic transmission for a revolutionary ship propulsion system using an outboard electrical motor rather than the traditional (on-line shaft) inboard diesel powered propulsion.

Today, with MPS installed all over the world in cruise liners, ice breakers, ferries, military ships and other types of vessels, Cavotec is the only supplier able to offer a complete system combining electrical, data and hydraulic transmission. 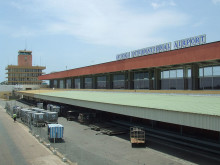 Cavotec wins cable reel orders from ZPMC for crane applications in Australia, Brazil and the UK

Cavotec has won three orders for cable reel systems by industrial equipment manufacturer ZPMC for port operators DP World and Patrick Terminals that will power ship-to-shore cranes at applications in Australia, Brazil and the UK. 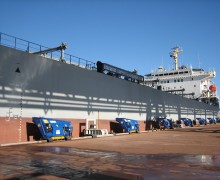 News release regarding our OMX listing on our Mynewdesk newsroom

The Cavotec SA ("Cavotec", the "Company" or the ”Group") Board of Directors is pleased to announce the move of the Company’s share listing to the NASDAQ OMX in Stockholm. Trading in the Cavotec share on the NASDAQ OMX Stockholm will start on October 19, 2011. 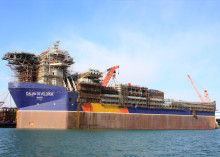 Cavotec has completed the delivery of a number of industrial radio remote control (RRC) systems that will be sued on the world’s largest deep water drilling ship, the Dalian Developer. 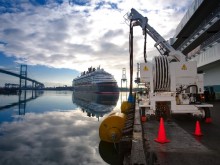 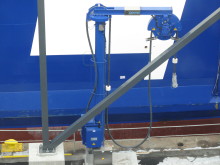