Our largest MoorMaster™ project to date, our combined AMP and MoorMaster™system designed – the first of its kind anywhere in the world – and our move up to Mid Cap on the Stockholm OMX: here’s our pick of the milestones that made 2013 another defining year for Cavotec.

In November it was announced that the Transnet National Ports Authority had placed a EUR 10-million order for 26 MoorMaster™ units for the Port of Ngqura. Not only is this Cavotec’s largest order to date for MoorMaster™, it is also the first in Africa.

July brought news of a unique project in which we are combining automated mooring with our Alternative Maritime Power (AMP) technologies to form a single, fully integrated system for a passenger ferry service in Norway. A world-first, the degree of automation of this system is unparalleled, and will ensure safer, cleaner and more efficient operations for the end-customer, Norled.

We also secured another breakthrough MoorMaster™ order in Norway, this time for a bulk handling application. While there are several such applications in Australia, this will be first of its kind in Europe.

The year was also positive for our airports unit, with major orders in the US, Europe, the Middle East and Asia. It was also encouraging to report several orders in India.

We attended all the major exhibitions and trade shows, including Inter Airport Europe, during which we launched a fuelling element to our E3 Gate. The E3 Gate - Ergonomics, Economy and the Environment – supplies parked aircraft with 400Hz power, PCAir, blue and potable water and sewage – and now fuel – via underground pit systems. This makes for an uncluttered tarmac, thereby improving safety and operational efficiency.

Another segment where we saw substantial growth in 2013 was the oil and gas sector – an area that we expect to continue to grow in the future.

We rounded off a strong year with the news that the Cavotec share was upgraded to a Mid Cap listing on the Stockholm OMX, a development that indicates potential for the future.

And finally, heralding the opportunities of 2014, on January 1 this year, new regulations came into force in California requiring greater use of shore power systems. This is an area where we have been active for many years, and where we continue to lead the development of innovative systems that help ports and shipping lines dramatically reduce their environmental impact.

We’d like to take this opportunity to thank all our partners, colleagues and customers that helped make 2013 one of our best years yet. Here’s to applying the power of innovative thinking and inspired engineering in 2014 and beyond. 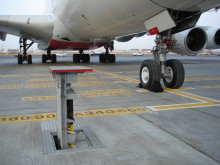 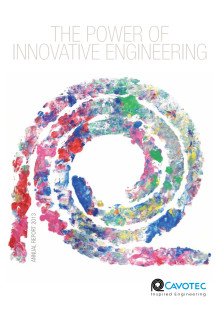